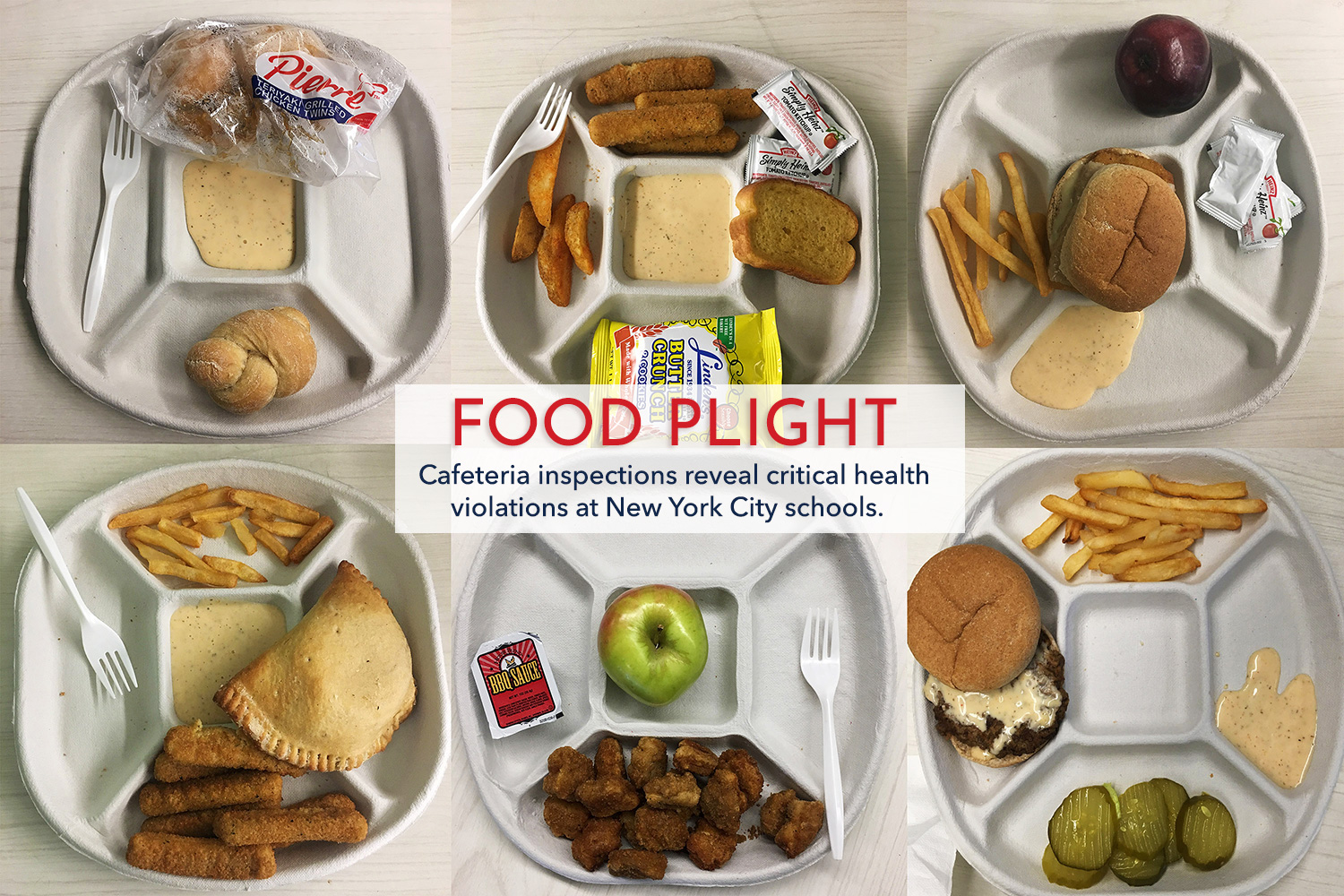 At Public School 398 in East Flatbush, Brooklyn, elementary school students were offered a lunch of beef patties, zucchini and pears on March 20. A city health inspector discovered some unappetizing conditions in the cafeteria and kitchen that day: live roaches and close to 600 fresh mice droppings – all conditions primed to cause illness.

At Middle School 137 in Ozone Park, Queens, where the kitchen prepares more than 700 meals for five area schools, an inspector found about 1,500 flies on July 12. The Health Department gave the school two days to clean up and put all food in rat-proof containers. While there was some improvement when an inspector returned July 17, flies still loomed and the kitchen remained dirty. The school got another two days to fix the violations. Only on the third try were the problems rectified.

At P.S. 132 in Williamsburg, Brooklyn, a school nurse reported in September that five second-graders were sickened after eating a cafeteria lunch of peanut butter-and-jelly sandwiches, cheese sandwiches and milk. School officials said there was no evidence the illnesses were caused by school food and called the nurse “overzealous.” But a health inspector who responded several days later found dirty equipment and poor protection for how food was laid out – potential breeding grounds for foodborne illnesses.

These schools are far from alone in cafeteria woes. A NYCity News Service investigation, based on inspection data obtained from the New York City Health Department under New York’s freedom of information law, found:

Use use the dropdown menu below the map for a quick check on schools. Or use the map filters to see which schools were hit with critical health code violations in 2017. (To view the data from all the schools, click here.) 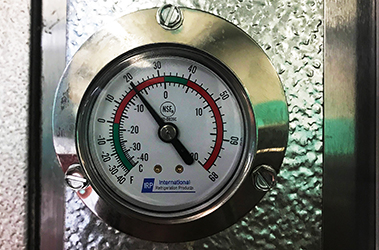 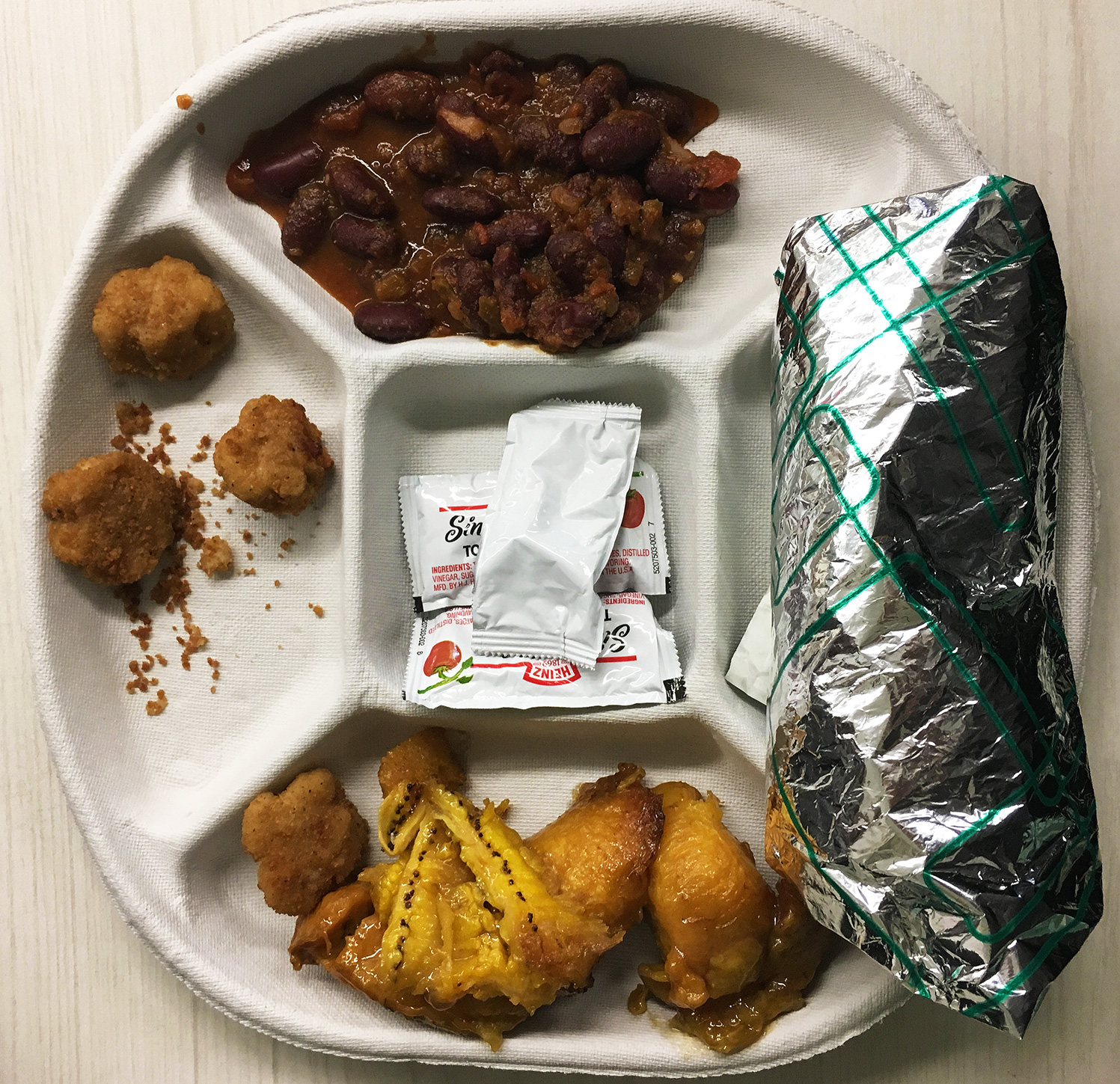 In a statement, Department of Health officials said: “We are committed to working with the Department of Education to ensure all students are provided with a safe and clean environment in our city’s schools. We will continue to hold school cafeterias to rigorous safety standards.”

The statement noted that in 2016, 97 percent of schools passed inspection and “any violations were immediately addressed.” Yet under the point system used by Health Department inspectors, schools could still pass after being given multiple violations.

A Department of Education spokeswoman pointed to the Health Department statement and noted that inspection records are now online. Still, those records are not as extensive as the ones obtained by the NYCity News Service. 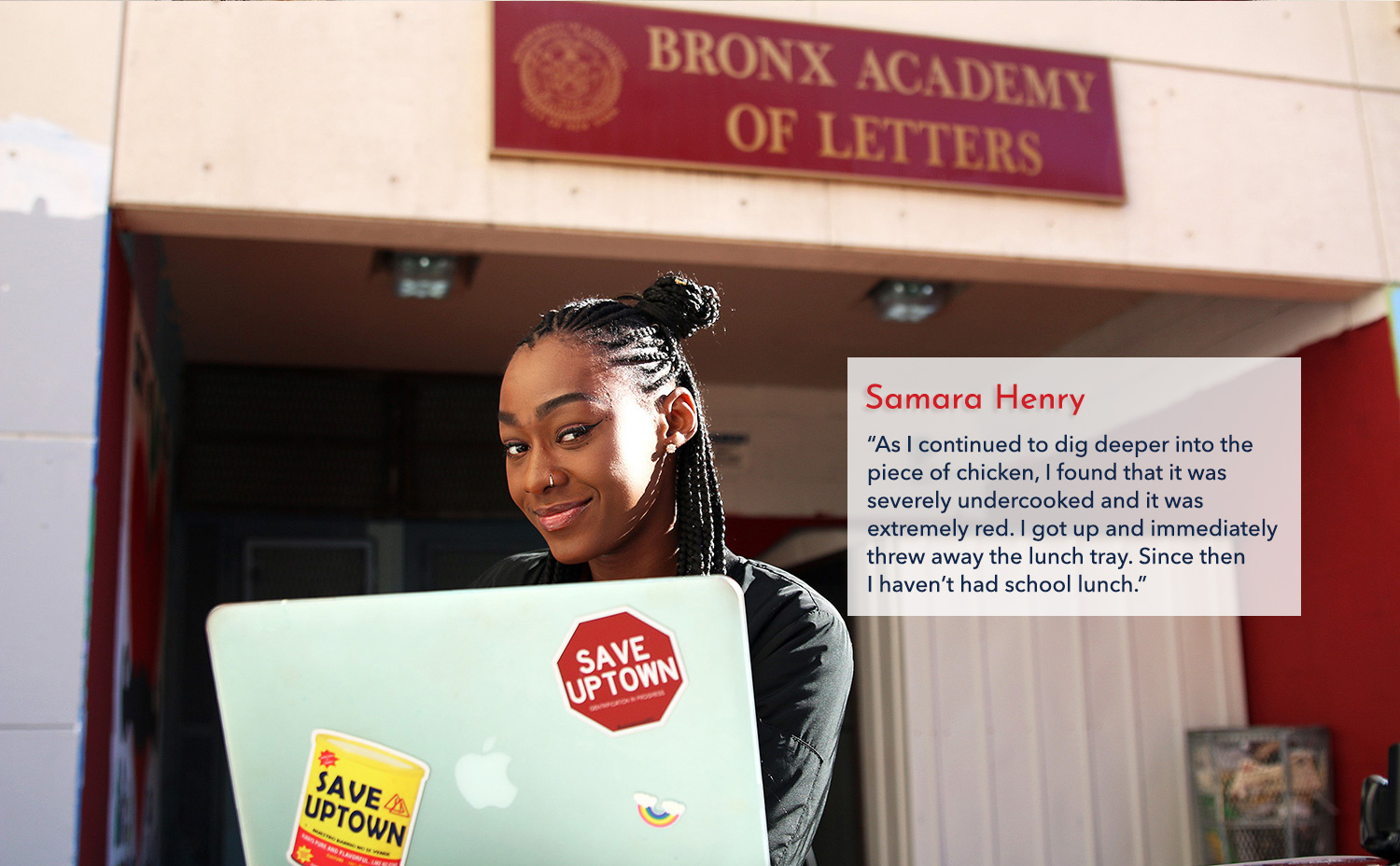 More than two dozen students interviewed at some of the schools hit with the most violations in 2017 said they avoided eating in cafeterias because of bad quality food or cleanliness concerns.

Angel Rosario, 17, recalled becoming queasy after eating mozzarella sticks from the school cafeteria in the Urban Assembly Bronx Academy of Letters in Mott Haven. He said his family took him to a doctor, who diagnosed food poisoning.

Rosario said he did not report his illness to the school – he didn’t think his experience was unusual. Now he rarely eats in the cafeteria.

“I used to just sit there and wait till lunch is over,” said Rosario, now a senior. “Sometimes I didn’t eat, I waited till I got home. It made my stomach hurt, and made me go home cranky.”

Angel Rosario, a senior who’s been at the school since the 6th grade

Samara Henry, a senior at the same school, said she stopped eating at the cafeteria after encountering what she believed to be undercooked chicken about two years ago.

“The school lunch slogan is ‘feed your mind,’ and I feel like if anything, we’re not feeding our minds,” she said. “It’s a bunch of crap that is actually going into our system which makes us sick at the end of the day.”

In its most recent inspection, conducted July 10, the Health Department found five critical violations at the school cafeteria – including evidence of mice, flying insects and workers wearing dirty clothes.

“We’re already overburdened. We don’t have enough manpower,” said Francois, who worked four years as a school food handler and until 2014 as a school food distributor at the main Long Island City warehouse.

“For mice droppings, because of staffing, they can’t clean because they’re busy running around serving kids.”

Francois said kitchens were already understaffed before the city introduced its free lunch program for all students at the start of the 2017 school year. He met with School Food to state the union’s need for at least 300 workers based on the ratio of how many students need to be served. He said he worked with school officials to plan two hiring sessions with 2,000 prospective employees in the fall.

But Francois said the positions have not all been filled, leaving staff stretched thin.

“Members are doing the best they can,” Francois said. “They’re trying to hold it down.” 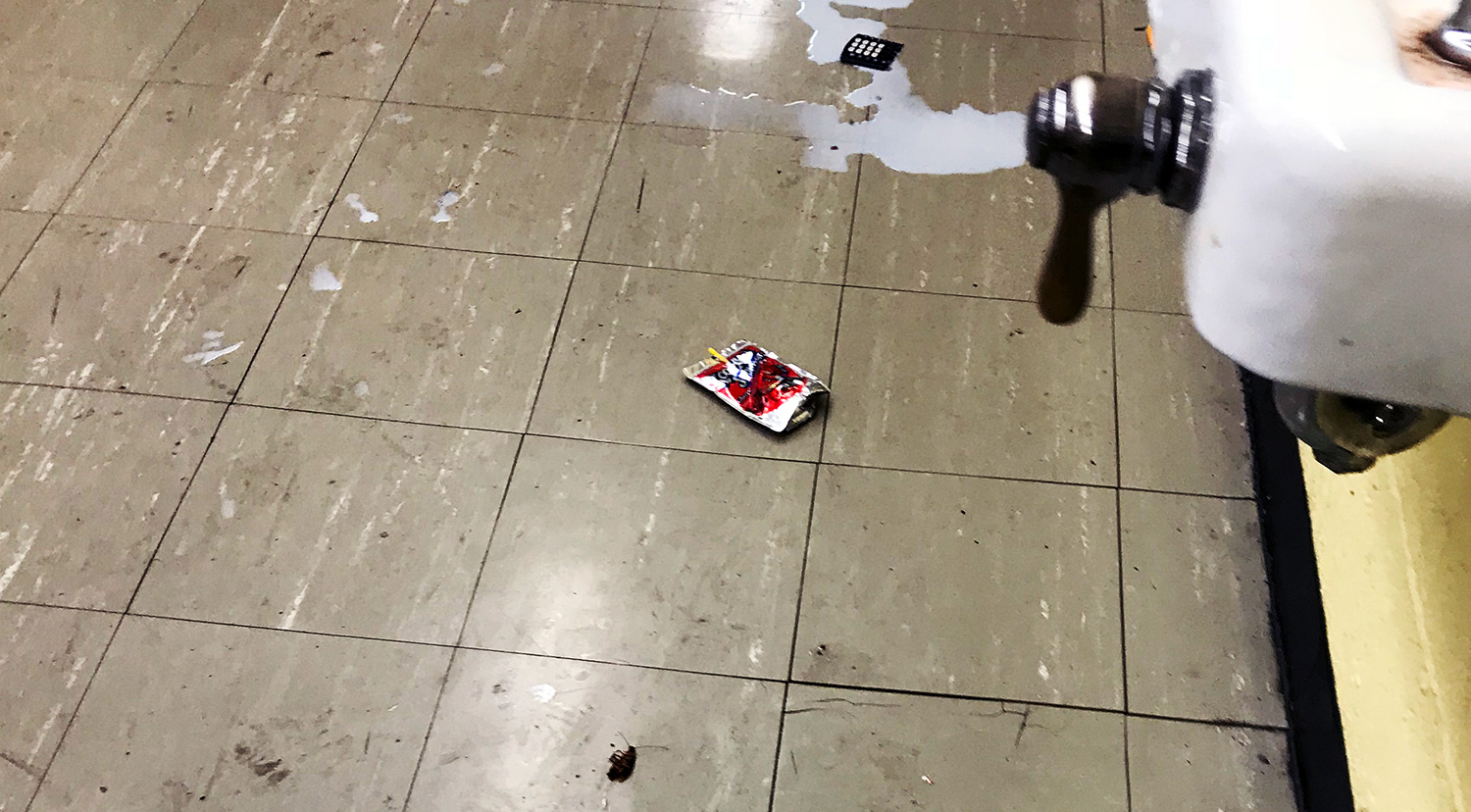 A dead roach, next to a water fountain at the Urban Assembly Bronx Academy of Letters on November 21, 2017.

School cafeteria inspections are similar to the ones for restaurants, except there are no letter grades. No placards are posted by school cafeterias with an A, B, C or “Grade Pending.” Instead, a numeric scale tracks the count and severity of violations. The higher the number, the worse the conditions.

Inspectors are supposed to visit without warning and examine the kitchen. They look for evidence of rodents and insects. They check whether equipment can keep hot food hot enough, and cold food cool enough – the right temperatures are crucial to avoid the spread of bacteria. They ask workers questions and review food handling.

If the results prove unsatisfactory, health inspectors may schedule a mandatory re-examination a few days later. More than a dozen city schools – including MS 137 in Ozone Park, where an inspector found 1,500 flies in July – faced that situation in 2017.

City Council Member Ben Kallos called on the Department of Education to “provide resources for enough facilities and staff so that there are zero violations. We should be the model.” 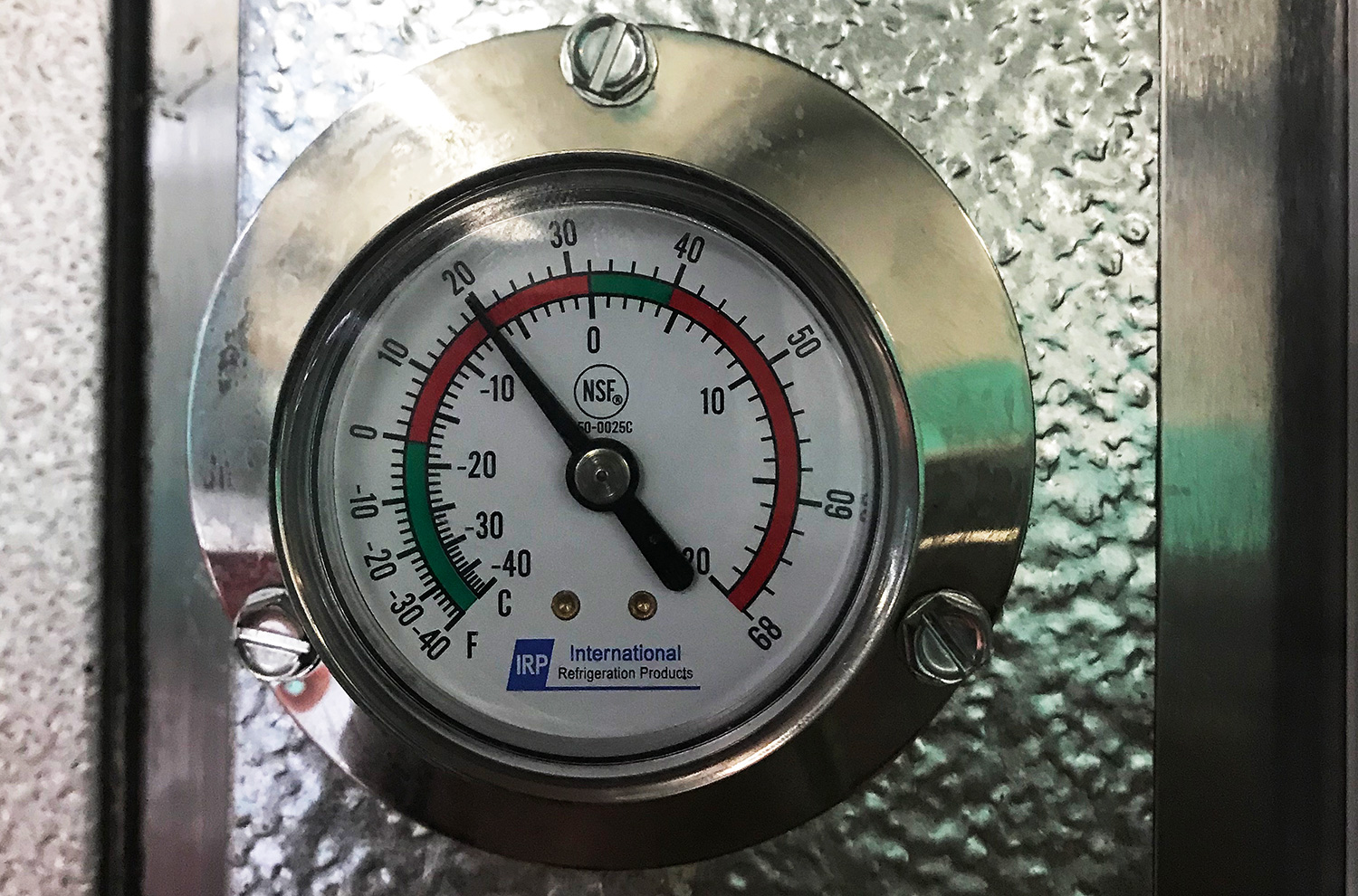 UNCERTAINTY AMID CAUSES FOR CONCERN

More than one in six people nationwide get sick from a foodborne illness every year, according to the federal Centers for Disease Control. While health inspectors routinely find violations at New York City schools, what remains less clear is how often the conditions lead to outbreaks of foodborne illnesses.

The science for confirming those cases takes time, and the victims might not be certain whether they got sick from eating something at school, home or elsewhere.

“We have a hard time determining whether more infections are caused by certain types of critical violations, because we don’t have strong estimates of infections,” said Valerie Yeager, a public health expert and professor at Indiana University-Purdue University Indianapolis.

“Often they don’t get treated. The physician will help with symptoms, but not send off a bodily sample to see what kind of foodborne illness it is.”

Olga Glazman, a former New York City health inspector, said that even if vermin encounter poison traps, they might not die immediately and instead could invade food, spreading dangerous chemicals.

“I would be very worried if I see droppings. Mice contaminate surfaces and food, for example they can chew flour and grain packages, they spread viruses,” she said. 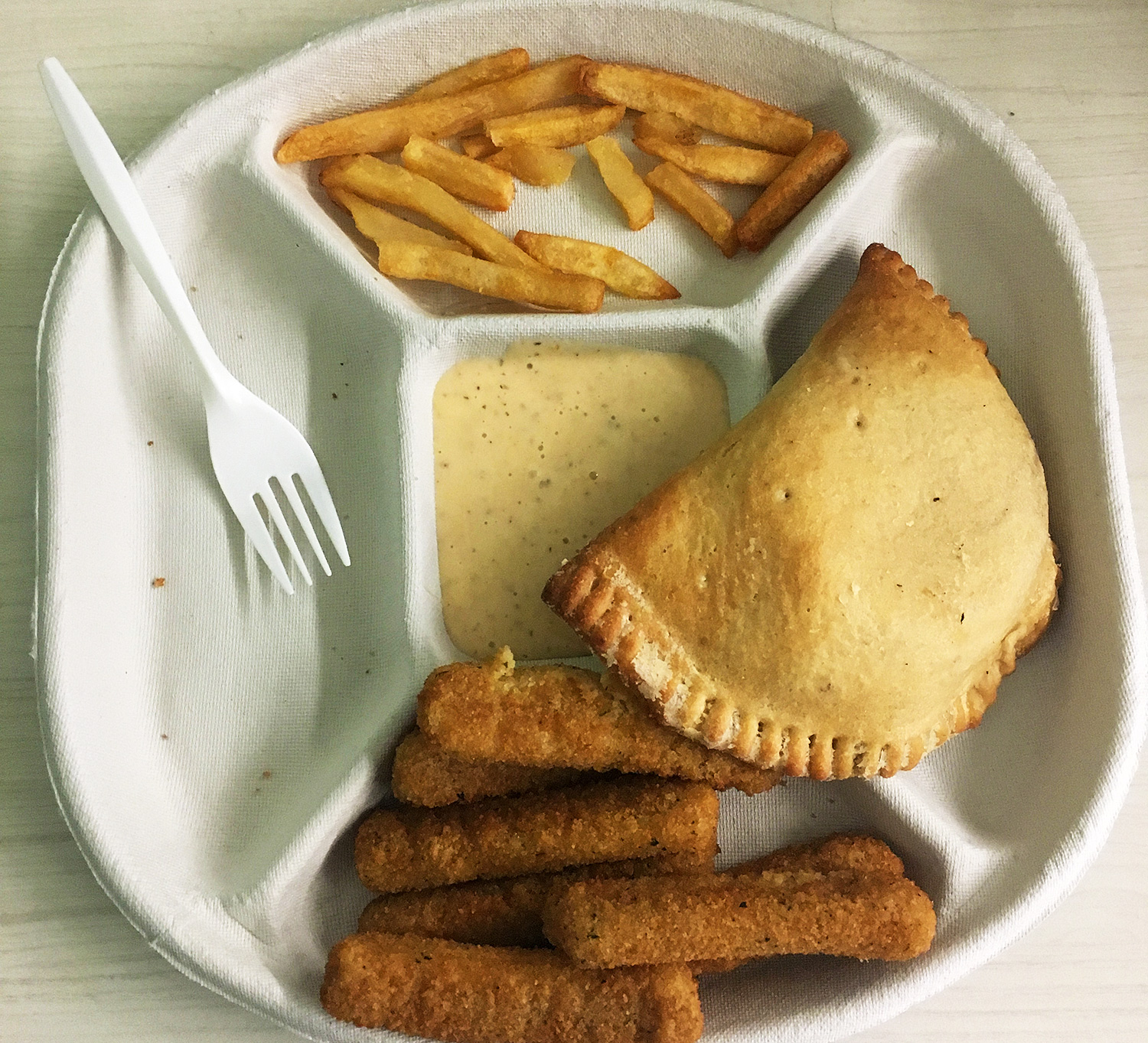 To be sure, New York City schools did make one improvement in the past year, providing more information online about the cleanliness of kitchens. Anyone can look up a school’s cafeteria online to see violations. This was done in December to comply with the new state law.

But the reports are not complete.

The full reports – like those obtained from the city Department of Health by the NYCity News Service – include details not found on the school’s new web pages. Among the information missing online: the severity of violations.

At least five suspected outbreaks of foodborne illnesses have been reported in New York City public schools since 2016, according to news accounts and Department of Education statements at the time. In those instances, at least 300 children complained of stomach pains or went home sick.

Almost all the cases were suspected to stem from norovirus. Although norovirus can spread through human contact, Health Department inspections conducted after some, but not all, outbreaks could not confirm a connection to cafeteria conditions. 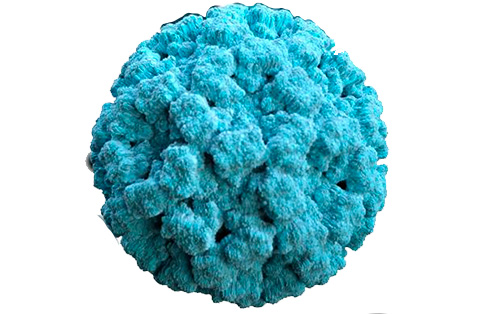 A look at five suspected outbreaks of foodborne illnesses reported in public schools since 2016, according to news accounts and Department of Education statements at the time:

Still, in all of the schools where outbreaks were suspected, subsequent inspections uncovered health violations. These included critical violations like dirty utensils and flying insects, records show.

It was not the first such action: In May 2016, officials suspended serving pizza because of discoloration issues in some slices. Independent lab tests showed the problem posed no health risks, officials said. 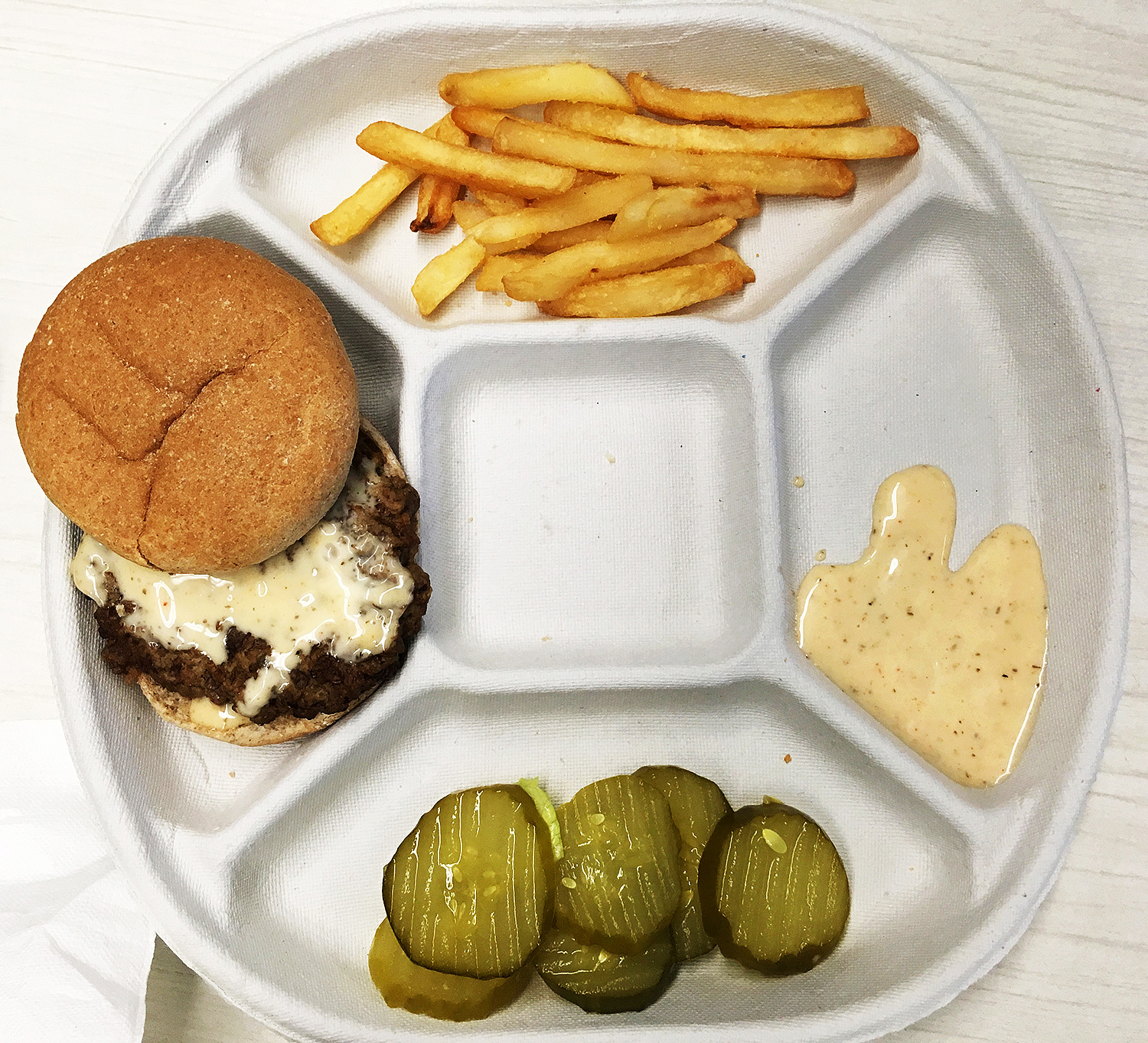 COMPLAINTS ON THE MENU

Brooklyn’s John Jay campus, home to three schools that share the same cafeteria, has had one of the worst health inspection records in the city in the past five years. The most recent inspection, on Nov. 11, found mice in the cafeteria area and inadequate dishwashers, records show.

Starting in the last school year, high school students at the Park Slope campus were allowed to go out for lunch. Some students bring lunch from home, but not everyone can afford to do so regularly. Ditto for students without enough money to dine out five days a week.

“It doesn’t taste good and it doesn’t look good,” she said. “If the intention is to create food for us to be healthy, it’s been skewed. It’s highly unhealthy and unsanitary.”

Santiago said her family is on a tight budget. Most days, she skips lunch. “I have to just push myself to focus,” she said.  “At the end, I’m still coming home to dinner. I just have to deal with it day by day.”

FOOD PLIGHT is a product of the NYCity News Service at the CUNY Graduate School of Journalism.